Get the Most From Inherited IRAs

If you set the account up wrong, Uncle Sam will be the big winner. 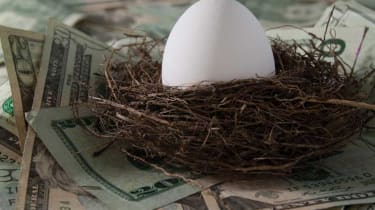 Your adult children may covet your 1950s baseball-card collection, but unless there's a mint-condition Willie Mays or Ted Williams in the stack, it won't mean much to their financial security. An inherited IRA, on the other hand, could let them pay off the mortgage, plug a major hole in their retirement savings and more.

But unless you're careful, your children could end up sharing a large part of their inheritance with the IRS. The tax code treats IRAs inherited by children or other heirs differently than IRAs inherited by husbands and wives. Surviving spouses can roll IRAs into their own accounts, postponing required minimum distributions—and taxes—until they turn 70 1/2. Children and other heirs don't have that option. If the heirs want to continue to benefit from tax-deferred growth, each must roll his portion of the IRA into a separate account known as an inherited IRA, which comes with its own set of rules.

To give your children or other heirs this option, you must name them as beneficiaries of the IRA. Many spouses name each other as beneficiaries, and after one spouse dies the survivor names the estate as the beneficiary. That may seem like the logical approach if your children are the beneficiaries of your estate. But although your children will still inherit the money, they'll be required to clean out the IRA by the end of the fifth year after your death if you die before you turn 70 1/2. If you die after age 70 1/2, required payouts can be based on your life expectancy, as set by IRS tables. Jeffrey Levine, a certified public accountant with Ed Slott and Co., which provides IRA advice, says that will be at most 15.3 years.

But naming your children as beneficiaries of the IRA (or secondary beneficiaries, if your spouse is still alive) gives them a lot more flexibility. Once they transfer the money to an inherited IRA, they can take annual distributions based on their own life expectancies. A 50-year-old heir, for example, could stretch distributions (and the life of the tax shelter) over the next 34 years. A 50-year-old beneficiary of a $100,000 IRA would be allowed to hold the first-year distribution to about $2,900, or less than half the amount she'd have to withdraw if her father died at age 72 and left the IRA to the estate.

Bequeathing a Roth IRA to your heirs? A Roth inheritance is usually tax-free, but your heirs can't leave the money in the account forever. The rules for withdrawals are the same as they are for traditional IRAs. If your heirs transfer the money to accounts for inherited Roth IRAs, they can usually stretch withdrawals over their life expectancies.

Avoid the pitfalls. Your beneficiaries should have funds transferred directly from your IRA to their inherited IRAs. If they receive checks made out to them personally, they'll be prohibited from depositing them in inherited IRAs and will have to pay taxes on the entire amount. There is no 60-day window to deposit the money in the new accounts, as there is with rollovers of other IRAs. Once the money is safely in the inherited IRAs, your heirs have until December 31 of the year after the year of your death to take their first distribution. If they miss that deadline, they may have to pay a penalty of up to 50% of the amount they should have withdrawn.

The December 31 deadline is particularly important if you name multiple beneficiaries for your IRA, Levine says. As long as your heirs divide the account among themselves by that date, they can base distributions on individual life expectancies. If they miss the deadline, they'll all have to base distributions on the oldest child's life expectancy.

If any of your heirs have credit problems, take note of a recent Supreme Court ruling that inherited IRAs aren't protected from creditors in bankruptcy proceedings. If your heirs live in one of the 43 states that don't explicitly offer protection for inherited IRAs, one option is to name a trust as the beneficiary, with your heirs as beneficiaries of the trust.

The downside to this strategy is that trusts are complex and expensive to set up; they're also subject to high tax rates if they earn more income than is paid out to the beneficiary in any one year. Still, if you're concerned about your children's creditors, the tax hit may be preferable to the alternative.

How much to withdraw

If you inherit an IRA, you can cash out the account at any time without paying an early-withdrawal penalty, even if you're not yet 59 1/2. However, unless you inherit a Roth, you'll have to pay taxes on the money (except to the extent, if any, that the original owner made nondeductible contributions). A large withdrawal could push you into a higher tax bracket.

Taking distributions from an inherited IRA based on your life expectancy will minimize the annual tax hit and maximize tax-deferred growth. You can find life-expectancy tables in IRS Publication 590, Individual Retirement Arrangements (IRAs). (Note: The life-expectancy factors are different than those used for non-inherited IRAs.) Bankrate.com offers a required minimum distribution calculator for retirement plan beneficiaries.

Bonds can be more complex than stocks, but it's not hard to become a knowledgeable fixed-income investor.
States With Scary Death Taxes

Federal estate taxes are no longer a problem for all but the extremely wealthy, but several states have their own estates taxes and inheritances taxes…
12 Costs of Owning a Cat

Housecats may be known for their aloofness and low-maintenance attitude, but they're not cheap. Here's what you can expect to spend if you plan on ado…
Don’t Let These Too Common Estate Planning Excuses Stand in Your Way