Here’s how to handle crazy pricing on your exchange-traded fund. 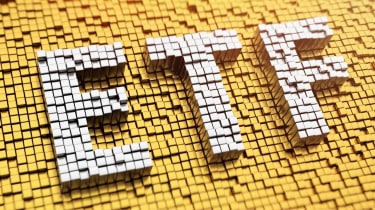 During market routs, the prices of exchange-traded funds can be crazy. How come?Most ETFs are based on an index of stocks. In the opening moments of trading on August 24, for instance, volume was huge, the Dow Jones industrial average was down more than a thousand points, and some of the stocks underlying ETF indexes were not priced accurately—multiple, widely held, big-name stocks. In those circumstances, it’s the natural reaction of traders authorized to make markets in ETFs to lower the price at which they’re willing to buy the ETF and raise the price at which they’re willing to sell it, widening the spread between the two. That makes it unattractive for investors to buy or sell—it’s a way of pausing trading without stopping it completely. In this case, the spread went from pennies, which is what it normally is, to dollars—in some cases, many, many dollars. The same thing happened in the 2010 “flash crash.” Back then, people thought ETFs might have been the cause of the flash crash, but ETFs were the victims of inaccurate pricing of stocks in the index they track.

Will regulators step in again to try to solve the problem? If so, with what tools? All the appropriate people will be looking into what happened. This will be researched just as the 2010 flash crash was researched. In 2010, a lot of trades were canceled. There’s a different feeling now, because this has happened before and because brokers and ETF issuers have all been trying to educate investors. The big question is whether regulators will say the trades aren’t valid—or will they say, “We can’t be there to hold the hand of every trader whenever things get volatile.”

What would you like to see happen to protect investors? If a market maker’s spread is very high, maybe brokerages could put up some kind of warning on the screen: This spread is greater than average, and may indicate inaccurate pricing. You may want to place a limit order or wait until the price stabilizes. Understand that if you buy or sell, you may do so at a price that does not accurately reflect the underlying securities. [A limit order allows you to set the price at which your trade will be executed.] This kind of disclosure could easily be added in those volatile times, and regulators should consider something like that.

People have been worried about a similar scenario unfolding in the bond market. Are you worried? In the fixed-income area there’s a greater concern about a demand imbalance than there is about inaccurate pricing. We’ve been in a bull market in bonds for years, and bond ETFs have gained popularity. During that bull market, there have been few big sell-offs. Fixed-income ETFs trade on stock exchanges, but bonds change hands through dealers that aren’t used to stock-like volume. There’s far more trading in the ETFs than in the underlying bonds. The concern is that if the bond market reverses course, there will be heavy selling of ETFs because they are so easily traded. If all of a sudden we see billions of dollars leaving bond ETFs, the question is whether the bond market infrastructure can handle that—and the jury’s out.

What should individual investors do—and not do—in times of market turbulence? First, take a deep breath. In most cases, the best thing to do is to allow some time to go by. That doesn’t mean the market can’t go lower, but it’s never good to jump into the fray in panic situations. Second, learn from this. Many people learned valuable lessons from the flash crash, but as time went by, we forgot—and money invested in exchange-traded products has doubled since then, to $2.1 trillion. Investors should understand the difference between a market order, which will be executed at the prevailing market price, and a limit order, where you set the price. It’s also important to understand that ETFs trade like stocks, not mutual funds. With ETFs, you can trade intraday—you can buy in the morning and sell in the afternoon, although that’s not recommended for average investors. Mutual funds price trades at the end of the day, giving prices a chance to stabilize.