Some Medicare beneficiaries could see their rates jump by more than 50%. 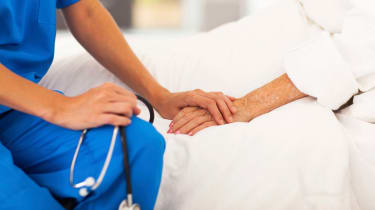 Retirees, adjust your budget: Double-digit price hikes for Medicare Part B premiums are coming next year.

The actual rates for Part B (which covers the costs of doctor visits and outpatient care) will be announced in October and take effect Jan. 1. The boost may be 15% for all participants or a whopping 52% for some, depending on whether Social Security recipients see a cost-of-living raise for 2016.

If Social Security checks are increased, everybody will pay more for Part B, bumping the monthly premium from $104.90 to $120.70 to cover higher expenses. That’s the scenario for a 15% increase in costs.

But without a raise in Social Security benefits, higher Medicare fees couldn’t be charged to most folks. So the larger increase would apply to about 30% of Medicare beneficiaries:

The advice to “Only pay for what you need” sounds good. But when it comes to home, auto and business insurance coverage, four guidelines could help de…
10 Worst Things to Keep in Your Wallet

Storing your passport book or card, a spare key, or any of these other important items in your wallet leaves you open to identity theft -- or worse.
7 Things Medicare Doesn’t Cover

Medicare Part A and Part B leave some pretty significant gaps in your health-care coverage. Here's a closer look at what isn't covered by Medicare.
11 Costly Medicare Mistakes You Should Avoid Making