Accord and Malibu Get Makeovers

We didn't include a couple of popular 2007-model midsize sedans -- the Honda Accord and the Chevrolet Malibu -- in our rankings of the best sedans. That's because they're undergoing substantial redesigns for 2008 and weren't available for review.

Based on the 2007 model, the Honda Accord would have placed third among the sedans ranked here. Details are sketchy on the new model, but Honda has hinted that it will have more power and better fuel economy -- aided by cylinder deactivation, which shuts down half of the cylinders when you're cruising. The new Accord, available in a coupe as well as a sedan, is likely to be in dealerships in October or November. 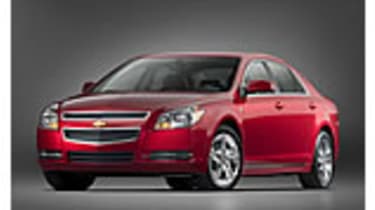 Chevy's Malibu is also getting a new lease on life. The current model, sometimes cited as one of the homeliest sedans on the road, is nevertheless a strong seller that would have placed above the Fusion in our rankings. The 2008 model will be longer, with more passenger space and vastly improved looks. Expect the new model to hit showrooms in October.

NEXT: See our SLIDE SHOW for pricing and reviews of all 12 midsize sedans.