New ways of producing goods and services may be causing the bean counters to underestimate productivity. 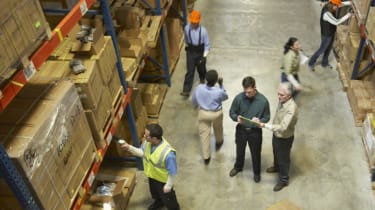 Economists argue endlessly about the importance to the economy of the money supply, interest rates and deficits. But virtually all agree that the most important variable affecting real wages and our standard of living is labor productivity: the amount of output produced by an hour’s worth of work.

Lagging productivity is a major reason that growth in gross domestic product since the Great Recession ended in 2009 has been a full percentage point below the average since the end of World War II. While the Federal Reserve has been fixated on the unemployment rate’s rapid decline and strong growth in payrolls, it has largely ignored flagging GDP. In fact, since the end of the financial crisis, the Fed has consistently underestimated the decline in the unemploy­ment rate and consistently overestimated the growth in GDP. More jobs are being created, but the data show that workers’ productivity and wages are stagnating.

Some economists, such as Robert Gordon, of Northwestern University, believe that the drop in productivity is a result of a permanent decline in the number of life-transforming inventions, which were the hallmark of the 20th century. Indeed, capital spending on technology has lagged in recent years as firms have found fewer capital investments that improve the bottom line.

Some attribute the decline in productivity to increased regulation, such as the provisions in the Dodd-Frank law that require businesses to hire more compliance and administrative personnel. Others point to the fall in educational standards or the shortage of trained workers for jobs that have opened up thanks to the Internet and computer technology.

Proceed with caution. But there may be a simpler explanation for the drop in productivity: New ways of producing goods and services may be causing the bean counters who measure GDP to underestimate both output and productivity. For example, the development of GPS devices was a huge leap forward, and a decade ago sales of GPS devices were booming. But today most motorists use free GPS services on their mobile phones—and by definition, goods that are free are not counted in GDP. The same may be said of point-and-shoot cameras, whose sales have plunged since smartphones have taken over quick picture-taking.

The Internet has also vastly expanded the options for very-low-cost or even free entertainment. For example, I can now play tournament-level bridge on the Web for a fraction of the cost of congregating with other participants in one location.

To the extent that the Commerce Department omits these items from GDP, we are either understating productivity and GDP growth or overstating the price we are paying. That implies that inflation may actually be lower than the official government data. In either case, the Fed should proceed with caution until it better understands the source of plunging productivity. Tightening monetary policy prematurely might send the economy even further below the Fed’s inflation target.