How to Create a $1 Million Business

Get inspired to turn your vision into reality. 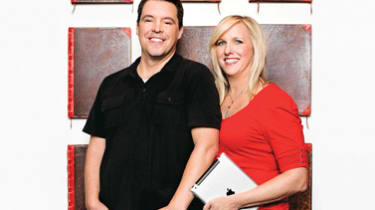 It takes chutzpah to decide that Apple’s products need a little something extra. And it takes guts, a flair for design and a willingness to put the kids’ college money on the line to turn that something extra into a million-dollar-plus business.

Andrew and Leigh Ann Green, of Charleston, S.C., put all those traits to work in founding Twelve South, which produces cases, stands and other add-ons exclusively for Apple products. They formed the company in 2009 after deciding that MacBook (and later iPad) buyers deserved accessories worthy of Apple's iconic products and made by a company that does nothing else. They created their first prototypes -- for a stand that holds a MacBook upright and a back-of-the-Mac shelf for portable hard drives -- out of scrap metal and a manila envelope and sold them to Apple's retail-store buyers on the first try.

How did the couple work their way into Apple's famously closed corporate culture? Andrew, 41, a self-taught graphic designer, had already worked for a company that made accessories for iPods and other electronics; Leigh Ann, 44, had spent 15 years in wholesaling and merchandising for a design firm in New York. The couple relied on their design experience to create the prototypes and used Andrew's industry connections to get a meeting with Apple's retail-store buyers.

After the Apple buyers bit, the couple traveled to China to set up production, but their first connection fell through. Their second -- remarkably -- turned out to be a former classmate of Andrew's at his elementary school. Even with that stroke of luck, "it was terrifying," he says, adding that they felt especially uncomfortable after sending payment for the first order to "somewhere in mainland China."

For seed money, the couple cashed out their three kids' college accounts and took a second mortgage on their house, enough to get their first products into Apple stores. They later made a short-lived effort to get into big-box stores. "Because our stuff is unique, it takes explaining to people as to why you need it. That didn't work in a big box," says Leigh Ann. The lesson was a costly one, says Andrew, "but it refocused us on where we needed to be early on. We're more nimble and can take more risks than a super-big company." Revenues from the business topped $1 million after about a year.

Now, Twelve South -- named after the Nashville neighborhood where the Greens once lived -- sells its products to Apple stores and on its own Web site. The biggest seller is the BookBook, a MacBook case that looks like an antique book. "The idea is that on the outside, it looks like a vintage leather-bound book. But it unzips and opens up to reveal a new, modern Mac hiding safely inside," says Andrew.

Running a business together "makes for an interesting office environment," says Leigh Ann, laughing. "So far, we've been able to make it work. As long as we're able to do the things we enjoy, we're happy." They admit to sneaking back to their desks after the kids are in bed, but that's the benefit of sharing the same goal, says Andrew. "Who better to work with than your life partner?"

The uncertainties surrounding COVID-19 and our upcoming election may make business owners nervous, but they also may present opportunities … for those…
11 Home Features Today's Buyers Want Most

As a home seller, you don't want to let the small -- or big -- fixes around your house that have added up over the years sabotage your bottom line dur…
PPP Loan Forgiveness Applications are Now Easier

Small businesses that received PPP loans of $50,000 or less can now apply for forgiveness using a simplified application form.