How to Lose Your Case in Small Claims Court

Here's a story about how a predatory company that took advantage of a naive homeowner won its small claims court case, even though it shouldn't have. It holds lessons for anyone thinking about filing a suit themselves. 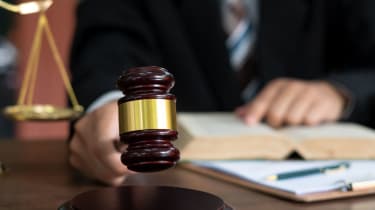 The closest thing that most of us will ever come to meeting a Judge Judy is by suing or being sued in small claims court.

Having served as a pro tem judge in small claims court, I learned that, next to being stopped by a traffic officer and getting a ticket, this is the typical way most people see our legal system in action. Plaintiffs and defendants each hope for a judge who knows the law, listens and that the other party will badly screw up their presentation in court.

Unfortunately, in the case that I will now describe, from reviewing the exhibits and listening to the entire proceedings, an ill-informed judge and a scatterbrained defendant led to an unjust verdict. Don’t let this happen to you.

‘They Just Showed Up Without Any Notice’

“Summer” had a small leak in the toilet shut-off valve in one of her bathrooms, turned it off and called a plumber to repair it — who in turn, without her permission, had a mold remediation specialist come to the home. The only problem was that the area had been dry for weeks and Summer never smelled nor saw evidence of mold anywhere.

She was at work when the “specialist” showed up, and her uncle, who speaks Vietnamese but almost no English, let him in. The chap got her on the phone, explained that his sniffer found moisture in the wall, and that any work accomplished would be entirely paid for by her homeowners insurance. “You will have no out-of-pocket expense,” he assured her, but he did not put that in writing. He also needed a signature to place a dehumidifier.

Instead of saying, “Wait a minute! Let’s schedule this so that I can be there and go over everything,” Summer told her uncle to sign the authorization. In reality, it was a contract for emergency repairs waiving the three-day cooling off period for at-home sales and services. In case of true emergency, that protection can be waived in California and some other states. For example, one Texas roofing trade group provides form contracts to its members with language on emergency roofing contracts stating:

“This form WAIVES the 3-day right to cancel or rescind the contract that your customer always has when the agreement is signed ‘in-home’ for work being done on that home. This form can only be used in emergency or ‘immediate necessity’ repair situations. Replacing or repairing a roof during the rainy season would apply, doing the same work in the middle of summer would not! This form requires a statement in the customer’s own ‘words’ describing the situation that makes the job immediate.”

Thus began, in my legal opinion, a classic rip-off of a naive, trusting homeowner lacking common sense who proves the saying, “Why don’t doctors ask lawyers for advice before signing contracts? It is because they think they know more than their lawyer.”

Other customers of this water-damage firm had complained online of identical business practices, experiencing as Summer did, having their bathrooms gutted, unusable and billed for services that were not performed and exorbitant rental charges for mold remediation equipment installed in the home that was not needed.

As her insurance had a large deductible, she was billed over $3,000, refused to pay relying on the assurances given of there being no out-of-pocket expense to her and was sued in small claims court by the remediation company.

Files Cross Complaint Against the Company

Instead of narrowing her defense to a clear violation of both federal and California law, which would have established fraud and a void contract, Summer additionally asked the judge for:

Her claim totaled close to $6,000, which, while substantial, is under the $10,000 limit for small claims court in California.

Summer attempted to introduce into evidence online posts almost identical to her experience, but the judge — in my legal opinion — incorrectly rejected that evidence, which made no sense at all. Judges in small claims court are not strictly required to observe all the rules of evidence, especially hearsay evidence, which these posts clearly were. They substantially supported what she was saying and were powerful.

The judge felt that, as Summer authorized her uncle to sign the contract, she was obligated to pay. Summer lost and is appealing the court’s decision.

This isn’t the first time I’ve seen a small claims court judge reward dishonest behavior. Several years ago I wrote about a grossly incompetent pro tem judge in Kings County, California, who found in favor of an auto mechanic who knowingly violated the written estimate law, which meant he legally could collect nothing.

A spokesperson for the California Bureau of Automotive Repair stated that he had never seen such a travesty of justice, a judge knowingly rewarding a crooked mechanic. Months later the judge was appointed to the Kings County Superior Court Bench! It was an example of you-know-what rising to the top.

What the Business Rep Did Correctly in This Case

The representative from the remediation company did everything correctly in court. He was polite, had his documents neatly in order, did not interrupt Summer, and denied any fraud or having violated California or federal law.

Most important of all, he listened and responded only to those elements of her case that required him to comment. In short, he looked the part of an ethical, honest employee from a credible business.

He allowed Summer to make a fool of herself, and the judge rewarded him for it by failing — or refusing — to see the enormity of this rip-off.

What Consumers and Business Owners Should Learn from This Case

So, what is the take-away from this case? Self-education, preparation and running your case by a friend who has common sense before setting foot inside the courthouse are all obligatory. Realistically knowing what you can sue for, or what defenses you have to being sued, is critical.

A good place to begin is watching Judge Judy or Hot Bench. Seriously. When claims are tossed out of court, there is a reason, and the more outlandish the claims, the more likely they will be dismissed.

Most states have highly informative websites that walk you through the court procedures. YouTube has page after page of videos that explain how small claims court works, from filing the initial paperwork to presenting your case. Some are professionally done, while most would win an Academy Award for Boring.

One that stands out as simply excellent is by attorney Steve Vondran, licensed in both Arizona and California, and it can be found on YouTube here.

Take advantage of technology to make building your savings and investing it a seamless – and pain-free – process.
Give Your Budget Some Love