How to Prepare Your Bond Portfolio for Rising Rates

The Fed has held rates artificially low for years. Bond investors need to prepare for their inevitable rise. 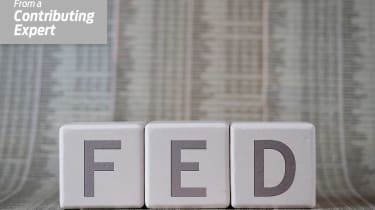 Since 2009, short- and long-term interest rates have hit historic lows. But why? Was the economy great? Was there a huge demand for bonds? Was there a fundamental reason for rates to be so low?

The simple answer to these questions is "no." In fact, just the opposite was true. But what does this mean to investors?

Generally, various interest rates move in tandem, but with a spread in between them to compensate for the risk. U.S. Treasuries generally are considered the lowest risk while junk bonds could be very high risk.

The Federal Reserve (Fed) controls short-term (ST) interest rates through the Fed Funds Rate. They raise rates to slow the economy and prevent inflation. They lower rates to give the economy a boost. Since 2009, they have been in boost mode, keeping ST rates near zero. Yet the economy has barely moved along.

So the Fed attacked long-term (LT) rates. Normally, LT rates are controlled by the markets. More buyers means rates go down; more sellers, rates go up. But the Fed stepped in and became the primary buyer of Treasury bonds through its quantitative easing programs. This added a huge amount of buying pressure, pushing LT rates artificially lower.

Yet the economy still didn't catch fire. Why?

The Fed's theory on low rates is that borrowers (corporate and individual) will want to borrow money if rates are low. This is true. Who doesn't want to pay lower rates on their debt? This borrowing would spur the economy onward as companies invested in upgrading equipment, expanding facilities and spending on inventory. Individuals would buy more homes, spend more on credit cards and keep the retail side humming. The Fed would get the result it was looking for: self-sustained economic growth.

What they failed to realize was that lenders do not want to lend when rates are low. Lenders have to be compensated for the risks they take. This rate is normally determined by the market. But since the Fed has forced long-term and short-term rates artificially low, lenders are not being compensated properly for the risk they are taking making loans. So instead of making loans to companies, many banks have found other things to do with their money. Below is a chart comparing some of what banks have done with their money since 2009.

According to Federal Reserve Data, banks have loaned $429 billion in net new commercial loans (that might be given to businesses for factory expansions or new equipment, for example). But they have loaned more than double that number, $933 billion, to the government by buying Treasury bonds. It appears that banks have determined that the low rates and low risk they get from Treasury bonds is a better bet than making loans. How much more economic growth might there have been if banks had been making loans instead of buying Treasuries?

Ironically, rates need to rise substantially for lenders to start lending again. It may seem counterintuitive, but if the Fed wants economic growth, rates need to be much higher. Unfortunately, to get to the point of rates being high enough for lenders to be properly compensated, the bond market would likely have to go through a severe bear market.

Japan went negative a few months ago, and several countries in Europe and the Eurozone are already negative, too. In those countries, banks charge a fee for savings and checking accounts instead of paying interest. Some short-term investments do not earn any interest.

However, negative interest rates in the U.S. may accidentally push some rates higher. As you can see in the chart below, rates on lower-quality corporate bonds are rising while rates on higher-quality bonds are declining. This is a rare occurrence.

The last time rates on low-quality (CCC-rated) bonds rose the way they are moving today was during the 2008 collapse. It is our belief that if ST rates go negative, the link between bond markets could break. Rates on high-quality bonds, including Treasuries, could continue drifting lower while rates on low-quality corporates could head much higher.

So what does this mean? Rates have been held artificially low for years. Bond prices therefore are artificially high. Eventually, rates will rise to historical norms, and bond prices will fall. Whether that happens quickly or slowly is anybody's guess. Throw in the potential for negative short-term rates, and the bond markets could be a real mess.

This current Fed hasn't shown that it fully understands the ramifications of its actions. Its zero interest rate policy has painted it into a corner from which it seems unable to escape. Somebody once said, "If you find yourself in a hole, stop digging." The Fed doesn't understand that and may want to keep digging with negative rates.

What should investors do about all this? Look at your bond holdings, especially within your mutual funds. Determine the types of bonds you hold, the risks involved with and if you are comfortable with those risks. As the bond market reacts to rising rates and declining profits in the oil patch, high-yielding bonds with low ratings could be the worst risks.

Bond corrections can happen fast, so reducing risks while prices are still high is a good idea. Forget that what you shift into may have a lower yield currently. At this point, bond investors should be concerned more about the return of their money than the return on their money.

See Also: The Truth About the Last Bull Market