I got a sense of the growing affection for fixed-income investments during a recent swing through Los Angeles, which has become America's bond-fund mecca. 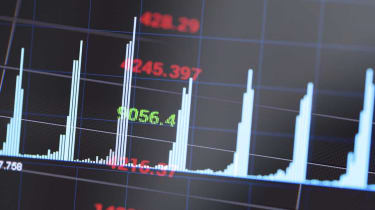 As stocks, oil, gold and assorted economic indicators flutter daily, high-quality bonds continue to rollick. They’re doing so well, in fact, that some fixed-income pros who had been cautious last year have begun to take a more positive view of the bond market. As a longtime bond booster, I find this heartwarming. Thus, I repeat: If recent stock-market turbulence worries you, add more bonds to your portfolio.

I got a sense of the growing affection for fixed-income investments during a recent swing through Los Angeles, which has become America’s bond-fund mecca and where industry stars manage money as expertly as John Ford directed movies. Three superb families—DoubleLine, Payden & Rygel and TCW Group—are all downtown. Pimco is in Newport Beach, an hour south. The traders and managers at these firms take their places at 5:30 a.m. local time. But predawn traffic is light, they get buckets of coffee, and, best of all, there is no snow.

L.A. state of mind. In this wired world, distance is immaterial when it comes to moving money. But Los Angeles is 3,000 miles west of Washington, D.C., and the Federal Reserve, and that’s a good thing. Instead of changing strategies in reaction to Fed fog and gobbledygook, the West Coasters tend to focus more on the creditworthiness of individual issuers and basic economic factors. Steve Kane, a group managing director at TCW, and I talked for 10 minutes before Kane mentioned the Fed. When he finally did, it wasn’t with reverence. “The Fed has lost control of the markets,” he said. It has lost the capacity “to shock the world.”

The practical effect is that even if Yellen & Co. raise short-term interest rates, investors, who set long-term rates in the bond market, may not go along. Moreover, the economy may not be able to withstand an overly aggressive credit-tightening regimen. So TCW, which also manages the Metropolitan West funds, is becoming a bit less defensive than it has been the past two years and, except for junk bonds, expects to buy more and sell less in 2016. The firm sees value in high-grade corporate debt, government-backed mortgage bonds and more-esoteric securities, such as credit card receivables. Meanwhile, flagship bond fund Metropolitan West Total Return Bond (symbol MWTRX) earned 1.3% in the first five weeks of 2016, adding to a great long-term record.

Kane divides the bond world into three groups. “Risk off” assets are Treasuries, Ginnie Maes and anything else with government backing. The principal is safe with these securities, but it’s best to buy them after yields rise a bit from current levels. The 10-year Treasury, yielding 1.8% in early February, will look more appealing at 2.25%. Next are “bendable” bonds, such as investment-grade corporates and muni­cipals and non-government-backed mortgages. The last category consists of “breakable” stuff, including junk bonds, emerging-markets debt and even investment-grade bonds issued by energy com­panies. Kane and his team are bearish on the breakables and avoiding them.

With worries about the health of the economy growing, the appetite for high-quality bonds is strong. At Payden & Rygel, managing principal Scott Weiner says “tons of institutions need to own risk-free securities, and there are not that many of them.” That includes Treasuries, whose manufacturer, Uncle Sam, is slowing the production line because of smaller federal deficits. The star of Weiner’s shop is Payden Corporate Bond (PYACX), which provides a nice complement to MetWest Total Return. Add Kiplinger 25 member DoubleLine Total Return (DLTNX) for mortgages and you have three jewels from the same neighborhood. Who’s handing out the statuettes?