Investors can find lots of new opportunities to earn income these days. Not all of them make sense for your portfolio.

Cash In Hand readers, here's my take on a variety of investments you may be considering:

Analysts and fund managers who praise bonds issued by poor and even improving emerging nations can sound more like over-caffeinated stock jockeys than sober bond people. They fly in, check in at a Hyatt, see that the locals have progressed from bikes to motor scooters to cars, and pronounce the native banks and consumer-products companies to be fledgling Citigroups and Procter & Gambles. So by extension, the country's creditworthiness must also be on a steep upward curve.

My experience is that most boosters of emerging-markets debt are Americans and Europeans so gloomy about the dollar and the euro that they are hard-wired to say investment opportunities are always better in places like India, Indonesia, Turkey and Vietnam. Investing in emerging markets has been a winning strategy, on and off, since the 1990s, but emerging countries are no less prone to recessions, currency shocks and real estate bubbles than are the world's developed nations. And it's still evident that when the U.S. catches a cold, plenty of other countries get pneumonia. 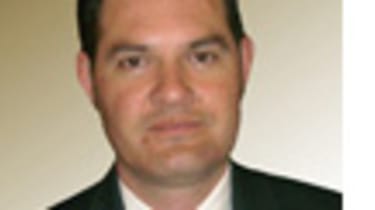 Investors from what used to be the Third World, therefore, still view the U.S. and most of Europe as havens in tough times, even if Americans don't agree. It was a departure, then, when a Bolivian money manager with the European-sounding name of Heiner Skaliks (photo at left), a degree from Notre Dame's business school and perfect English visited Kiplinger's and made a persuasive case for Latin American bonds.

Skaliks says three countries that get near-zero investor respect -- Colombia, Mexico and Peru -- are booming and have sound currencies that have been holding their own or strengthening against the dollar. Hyperinflation is long gone, and "there's a great degree of control to their monetary policy now," Skaliks says. He also likes bonds issued by Brazil's government, as well as Brazilian state and local entities.

In 2010, Skaliks started a mutual fund, called Strategic Latin America Fund (symbol SLATX), that is evenly divided between stocks and bonds. The fund, which has $27 million in assets, lost 11.7% in 2011 but has returned a nifty 15.5% so far this year (through March 19). Although the fund is full of interesting high-yield bonds and dividend-paying stocks, most of which do not trade here as American depositary receipts, its yield (based on a single annual distribution) is just 0.5%. The fund's high annual expense ratio of 1.80% undoubtedly is a major cause for the low yield (the fund also levies a 5% sales charge). But the idea of adding Latin American stocks and bonds to an income-oriented portfolio is intriguing. You just have to convince yourself that long-term bonds in local currencies printed between the Rio Grande and Tierra del Fuego can stay sound for a generation.

Bank Dividends: A Burst, But Not a Boom

The Federal Reserve's latest "stress tests" on 19 banks and financial companies that needed -- or were forcibly administered -- government support during the 2008-09 credit crisis found most of them to be healthier than when the Fed last took blood samples in 2011. Release of the results in mid March led to a surge in bank stock as such notables as BB&T (symbol BBT), JP Morgan Chase (symbol JPM), U.S. Bancorp (symbol USB) and Wells Fargo (symbol WFC) took the Fed's findings as clearance to raise dividends substantially. The boosts ran as high as 120% for Wells Fargo, whose payout goes from 10 cents a quarter to 22 cents starting now. Wells Fargo's shares are up 25% so far in 2012.

However, before you throw your money indiscriminately at bank stocks, some words of caution. More bank-dividend boosts are coming, but after an initial burst, the increases will be creepers, not leapers. The age of bank stock yields matching those of utilities and REITs is over.

One reason is that the banking business is not uniformly healthy. Some major banks, such as Bank of America (symbol BAC) and Citibank (symbol C), are still way too weak to win the Fed's approval for higher dividends (or stock buybacks). B of A, which paid 64 cents a quarter and yielded 10% as recently as September 2008 (the yield was so high because the stock was tanking), will be stuck at a token one cent a share for many months to come, according to an analysis by Credit Suisse. The bank's battered stock is nearing $10 for the first time since last July, but that's mostly because of speculative buying and a worst-shall-be-first recovery following last year's poor performance. Neither B of A nor Citigroup is trading close to its book value (assets minus liabilities) per share. That says their shares are cheap and out of favor, not that they are overlooked bits of treasure.

Another reason for approaching banks with caution is that the healthier ones risk a severe regulatory and public-opinion backlash if shareholders, which include their bosses, hog too much of the benefits from a recovery that began with a massive injection of taxpayer dollars. For that reason, "saying to these banks they can pay all these dividends is ridiculous. I would stop it," says Allan Meltzer, a professor of banking and public policy at Carnegie Mellon University and author of an exhaustive history of the Fed.

Former FDIC chief Sheila Bair says the larger reason for funneling all this money into banks' balance sheets is "so they are in a better position to lend" to foster economic recovery. If banks stay stingy with credit but double and triple dividends or spend billions buying back their own stock, that defeats the entire reason for propping them up.

Third, it's unclear that even the best banks can possibly reinvent themselves as high-yield holdings. Bank shares have rallied, so, for example, Wells Fargo's new 22-cent quarterly rate makes the yield 2.6%, assuming the stock stays at $34. The only bank stocks with current yields high enough to change your life are small, troubled institutions that you're best off avoiding.

Investment-grade corporate bonds are one of the best places for a safe 4% yield with some chance for a little growth. Yet it is the only critical category of bonds with just one significant exchange-traded fund. The fund in question goes by the symbol LQD (which stands for "liquid"). In fact, it may be that iShares iBoxx $ Investment Grade Corporate Bond is the only high-grade corporate ETF you really need. The fund, which has $19.7 billion in assets, charges just 0.15% a year, provides excellent diversification with almost 800 bond issues and has delivered fine performance. Unlike, say, the junk bond area, where JNK and HYG go head-to-head, LQD has no significant competition (if you're a stickler for details, the formal names of the two junk ETFs are SPDR Barclay s Capital High Yield Bond and iShares iBoxx $ High Yield Corporate Bond).

Make that had no significant competition. February marked the introduction of iShares Aaa-A Rated Corporate Bond (QLTA). The difference between it and LQD is that the new fund -- the Q in the symbol stands for quality -- has to hold at least 80% of its assets in bonds rated single-A and higher. Like its competitor, QLTA also charges 0.15% a year. No need to rush into the new ETF. It's tiny, with only $10 million in assets. Small ETFs may not trade efficiently -- there may be large bid-asked spread, and the ETF's share price may diverge more than you'd expect from the value of its underlying assets.