How to Earn Up to 7% Yield with Preferred Stocks

These odd stock-bond hybrids can deliver big returns. Consider buying them through an ETF to help spread the risk. 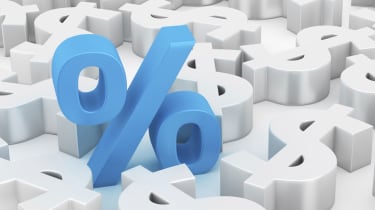 Preferred stocks straddle the gap between stocks and bonds. They trade like stocks, usually near their issue price (generally $25 a share). But they pay fixed dividends and can be “called”—redeemed by the issuer—at set intervals. Payments from many preferreds are considered “qualified dividends” and receive favorable tax treatment; most people pay just 15% to Uncle Sam on their preferred payouts. Unlike bonds, which mature on specified dates, most preferreds have no set repayment date.

What could go wrong: If an issuer gets into trouble, it could suspend preferred dividends. Moreover, as with bonds, prices of preferreds move in the opposite direction of interest rates. And because preferreds have distant maturity dates, if they mature at all, they are especially vulnerable to higher rates. For now, don’t expect the Fed to hike short-term rates more than once or twice this year. And low oil prices and a strong dollar are likely to keep a lid on long-term rates.

How to play them:

If you prefer to own individual issues, stick with strong firms and avoid paying much more than a stock’s “par” value of $25. For example, Wells Fargo Series N (WFC-PN) trades for just under $25 and yields 5.3%. The bank may redeem the issue at $25 starting in 2017. This preferred’s payouts do not qualify for favorable tax treatment. One whose dividends do qualify is Metlife’s 6.50% Non-cumulative Preferred Stock Series B (MET-PB). At a bit less than $26, the stock yields 6.3%. But MetLife can redeem the issue at any time for $25 (a right the company has had since 2010).