Don’t Give Up on Actively Managed Mutual Funds

There is little difference in prospective returns between an index fund and a low-cost, low-turnover actively managed fund. 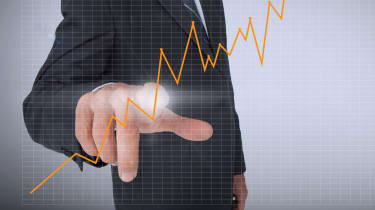 Index funds, of both the mutual and exchange-traded variety, are hot—and that’s a good reason for a contrarian like me to cast a skeptical eye on them. From the start of 2007 through February of this year (the latest figures reported by the Investment Company Institute), domestic stock index mutual funds and ETFs received $1.4 trillion in net new cash; at the same time, actively managed funds suffered net outflows of $670 billion. In other words, investors have been moving in droves from funds that are managed by human beings to those that are run by computers and designed to mimic a particular market or sector.

The rush to index funds has been a long time coming. The first index fund was launched 39 years ago, the creation of Vanguard Group founder John Bogle, who complained in his 1951 senior thesis at Princeton that most actively managed funds couldn’t beat the market averages, so why not simply own the averages themselves? Born as First Index Investment Trust, the fund that is now called Vanguard 500 Index (symbol VFINX) follows Standard & Poor’s 500-stock index, a large-capitalization benchmark that comprises 500 mostly large U.S.-based companies, weighted by their stock market value. Currently, Apple (AAPL) is the fund’s number-one holding, followed by ExxonMobil (XOM) and Microsoft (MSFT). Apple alone carries more weight in the index than the 105 smallest companies combined.

The dozens of public funds (plus private investments) that mimic the S&P 500 have a total of $1.9 trillion in assets. As a result, the tail threatens to wag the dog. If investors were to suddenly decide to dump their index funds without regard to the component stocks themselves, the prices of the components would plummet. Moreover, simply being admitted to the S&P 500 gives a stock a bump in price. When the committee that manages the S&P 500 announced in 2013 that General Motors (GM) would rejoin the index, the stock rose 2% on a day the overall market declined.

Measured by assets, Vanguard 500 Index is the second-largest mutual fund of any kind in the world. The only larger fund is a later Vanguard creation, Total Stock Market Index (VTSMX), which, by owning about 4,000 stocks, apes the entire universe of companies listed on U.S. exchanges. Index funds, including ETFs, today represent about one-fifth of total stock-fund assets, up from less than one-eighth in 2007.

You can buy an index fund to reflect practically any kind of investment you want, from junk bonds to California munis, or from small-cap stocks to Indonesian shares. But when people use the phrase “index fund,” they’re most often referring to a portfolio linked to the S&P 500.

Behind the boom. Index funds have become so successful for four reasons. The first, and one of their biggest advantages, is that they don’t need people to pick securities and so don’t have to charge high management fees. The investor share class for both of the large Vanguard funds requires a minimum initial investment of just $3,000 and carries an annual expense ratio of 0.17%. The funds’ Admiral versions (VFIAX for 500 and VTSAX for Total Market) require $10,000 to start and charge just 0.05%. Fidelity Spartan 500 Index (FUSEX) has a minimum of $2,500 and charges 0.10% annually (the Advantage version of the Spartan fund, FUSVX, with a minimum of $10,000, matches Vanguard’s 0.05% fee). An excellent choice for investors with limited resources is Schwab S&P 500 Index (SWPPX); it requires just $100 to start and charges 0.09% a year.

Expenses count! Imagine you invest $100,000 in an index fund with an expense ratio of 0.10% for 10 years and earn 10% annually before fees. Your total expenses will be $2,582, according to an online expense calculator offered by the Securities and Exchange Commission. Now see what happens if the fund subtracts 1.00% a year for expenses. Cost over 10 years: $24,800.

The second benefit of index funds is low turnover. Only a few dozen of the stocks that make up the S&P 500 change each year, so the average turnover of the Vanguard 500 fund is a mere 3%, compared with about 40% for a typical actively managed stock fund. Funds with higher turnover usually make higher capital-gains distributions to investors than do low-turnover funds, and that usually means higher tax bills for investors, unless they hold their funds in retirement accounts.

Third, index funds simplify your life. You don’t have to spend hours analyzing the performance of active fund managers with an eye toward guessing who will do well in the future. As Warren Buffett put it, “By periodically investing in an index fund, the know-nothing investors can actually outperform most investment professionals.”

Yes, outperform. And that’s the fourth advantage. According to Morningstar, Vanguard 500’s investor share class has beaten a majority of actively managed, diversified domestic large-company mutual funds in four of the past five calendar years. That sparkling record accounts for part of the recent popularity of index funds, as investors love to chase past returns.

But look closer. Over the past 10 years through May 1, Vanguard 500 returned 8.3% annualized; the typical actively managed large-cap mutual fund returned an average of 7.8%. The index fund beat its actively managed rivals by an average of just 0.5 percentage point per year. But the average diversified U.S. stock mutual fund charges 0.77 percentage point more per year than the average index fund. So the performance gap is more than explained by the expense gap. A well-diversified portfolio of three or four dozen stocks performs roughly the same as the market as a whole. The issue is what you get charged for the assembly and management of the portfolio.

Superb low-cost large-cap alternatives to index funds include Dodge & Cox Stock (DODGX), with an expense ratio of 0.52%; Harbor Capital Appreciation (HACAX), which charges 0.65% a year; and Primecap Odyssey Growth (POGRX), with expenses of 0.63%. (Dodge & Cox is a member of the Kiplinger 25; for more on Primecap, see The Best Stock Pickers You’ve Never Seen). Over the past decade, the Dodge & Cox fund fell short of Vanguard 500’s return by an average of 0.7 percentage point per year. The other two beat the index fund.

As Buffett says, “know-nothing investors” who can’t be bothered making fund selections should be thrilled that Bogle invented the index fund. But the rest of us, who enjoy the chase—the intellectual excitement of doing research and taking the plunge—should revel in the choices that real live fund managers offer.

James K. Glassman is a visiting fellow at the American Enterprise Institute and a member of the Securities and Exchange Commission’s Investor advisory board. He owns none of the stocks mentioned.