How to Be a Smarter Investor

Don't overreact to new information, and don't let your biases impair your decisions. 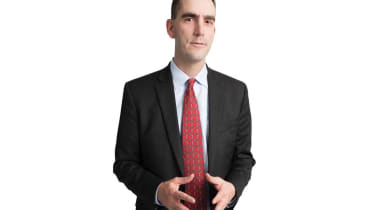 Kiplinger recently spoke with Raife Giovinazzo, a partner and portfolio manager at Fuller & Thaler Asset Management. The firm invests based on behavioral finance principles. Giovinazzo earned his PhD under Richard Thaler, who is the principal at the firm and winner of a 2017 Nobel prize for his work in behavioral economic theory. The following is an excerpt of our discussion.

KIPLINGER: Behavioral economics tells us that markets don’t behave rationally. Why not?

GIOVINAZZO: Humans ultimately make the decisions that drive the market, and humans aren’t perfect. It’s not that we’re stupid or overly emotional. It’s just that being human means that sometimes we’re going to make mistakes.

Your Fuller & Thaler Behavioral Small-Cap Equity Fund (symbol FTHNX) has been one of the best performers in its category. How does the fund apply behavioral economic theory? Broadly speaking, we want to buy a stock when it’s mispriced, either because investors are under­reacting to good news, such as better-than-expected earnings, or overreacting to long-term, negative sentiment surrounding a company.

When do investors tend to underreact? One common scenario is when people have strong preconceived notions. Take Domino’s, for instance. Starting in 2010, it rolled out the “apology” ad campaign. The company admitted its pizza was lousy and pledged to improve it. Investors thought that Domino’s pizza couldn’t be fixed. But Domino’s changed the recipe, and the campaign worked. Earnings started to improve dramatically, but investors were slow to change their expectations. That’s what we call “anchoring and adjustment.” When people try to make forecasts, they generally latch on to a convenient number and adjust from there, but usually not sufficiently. That created an opportunity for us to buy the stock.

How might a stock market overreaction play out? People tend to overreact to vivid, emotional stories, and pervasive media coverage can bias investors against a stock. In 2016, we bought stock in Bob Evans at about $38 a share. Investors were pessimistic about the company’s restaurants and the restaurant business as a whole. But they were ignoring the Bob Evans packaged foods business, which was a gem. The company sold its restaurant business last January, and in September, Post acquired the packaged foods business for $77 a share.

How can investors avoid being tripped up by their own biases? Being aware of them is the first step. And honestly, the best thing anyone can do for their investments is not look at them. If you’re absolutely convinced you’re right about something, you’d better be, because you’re unlikely to listen to new information.