How to Block Telemarketing Calls and Text Messages

These services and apps shut down nuisance calls and texts to your home and mobile phones. 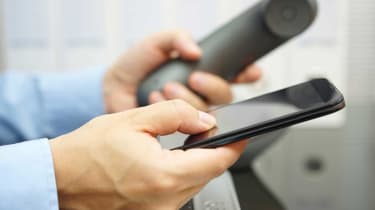 If you’d rather not get another offer to fix you up with a “free” cruise, a few simple steps can eliminate most such annoying calls and text messages.

Start by adding your landline and cell-phone numbers to the Federal Trade Commission’s Do Not Call Registry (www.donotcall.gov). Your number should appear on the list the next day, and most sales calls will stop after your number has been on the registry for 31 days. Registration does not expire, but it’s a good idea to occasionally verify that your number is still listed on the Web site.

But that’s only the first step. Political organizations, charities and companies with which you have done business within the past 18 months are exempt from the do-not-call restrictions. And robocalls, which use automated dialers to place calls (and which are generally illegal if they’re trying to sell you something), won’t be deterred, either. Phone companies may soon add features to protect customers from annoying calls and text messages, but for now you’re mostly on your own.

If you have either a landline or a VoIP phone, which uses an Internet connection rather than a phone line, ask your phone company about anonymous-call rejection. This service weeds out calls from companies that have withheld their names and numbers from caller ID—-a common tactic among robocallers. For more control over incoming calls, consider a device such as Digitone Call Blocker Plus (about $100). The box plugs into your phone line and allows you to approve welcome callers and banish others to a blacklist.

If you have a VoIP-based phone service, Nomorobo offers a simple solution. The free service, which works with Frontier, Verizon FiOS and Vonage, among others, compares incoming calls with a list of known robocallers. When a blacklisted call comes in, your phone rings, then drops the call.

Block smartphone calls and texts. To ban nuisance calls and messages from reaching your smartphone, use an app such as Truecaller (free; Apple and Android) or PrivacyStar (free; An­droid). These apps com­bine public databases with crowdsourcing and their own algorithms to identify annoying or suspicious calls and texts.

Most smartphones have built-in features to screen out unwanted calls. To block a number that has contacted your iPhone once from calling or texting you again, tap the info icon next to the number and select “Block this caller” at the bottom of the screen. Most Android users can do the same by selecting the nuisance call or text, clicking on the three-dot menu icon and choosing “Add to auto reject list.” Apple’s latest iOS update cleared the way for content-blocking apps, such as 1Blocker and Adblock Browser (also available for Android phones), to knock out ads that make it difficult to load or read content in your phone’s browser. (Note: Some Web sites that are supported by ad revenue are beginning to block access to content by devices that block ads.)

If an unwanted call or message gets through and you find yourself talking with a live person, firmly tell him or her to add you to the company’s do-not-call list. If it’s a robocall, just hang up—even if the recording invites you to press a number to opt out. You can file a complaint against illegal robocallers anytime and against telemarketers once your number has been registered at www.donotcall.gov for 31 days.