How to Use Twitter to Help Land a Job 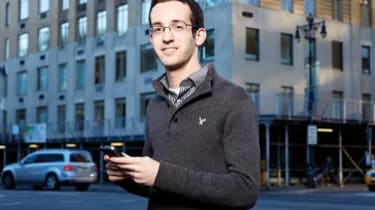 A new twist on Twitter: Use it to pitch yourself to a potential employer. Even recruiters in traditionally conservative fields, such as health care and financial services, see Twitter as a way to reach candidates without spending a lot on advertising.

The advantage for job seekers is the chance to interact directly with recruiters -- and even company executives -- instead of firing messages to generic e-mail accounts. John Burke, 22, leveraged that access when looking for a job last summer. As an avid follower of JetBlue, Burke would tweet feedback about his flights or comment on airline news. He posted a question about working for the company, which was passed on to the CEO. He used that opening to explain why he loved the airline. The exchange led to an informational meeting with the vice-president of talent, who hired him for an internship. The internship transitioned into a job in human resources earlier this year. “I didn’t just pop up on Twitter and ask the CEO for a job,” says Burke. “I think it was clear I had a passion for the company.”

Asking for a job right off the bat won’t fly, and don’t bother opening a separate account to create a professional persona. To build rapport, make intelligent comments, share relevant content and show enthusiasm for the company. Aim for a genuine relationship before respectfully soliciting advice or requesting a face-to-face meeting.