How to Cover the Cost of Cancer Care

Pro-active ways to negotiate with your health insurer to get the best treatment — and get it paid for. 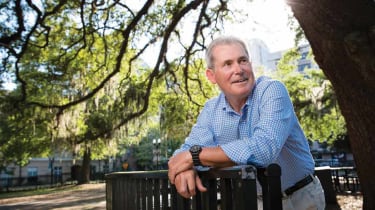 If you’re diagnosed with cancer, your number-one priority is to find the best care. But don’t overlook the cost. Your health insurance isn’t likely to cover 100% of the bills, and you could face thousands of dollars in out-of-pocket expenses. You may even have to fight with your insurer to get coverage for the doctor, hospital or treatments you need.

Scott Cielewich of Orlando, Fla., was researching options for treating his prostate cancer nearly two years ago when he learned about proton beam therapy, a specialized radiation treatment that would have fewer side effects than prostate cancer surgery (see Living With Cancer). After a series of tests, the hospital determined that Cielewich, now 66, would be a good candidate for the treatment, which was available at the University of Florida hospital, in Jacksonville. But his insurer considered it experimental and wouldn’t approve the coverage. Without insurance, the treatment would have totaled about $120,000.

Cielewich worked with the doctor and the hospital’s billing office to make the case to the insurer that proton beam therapy should be covered in his situation. “My doctor provided clinical studies hundreds of pages long,” says Cielewich. “He got on the phone with the medical director of the insurance company and explained that there is clinical evidence, they’ve been using the treatment for 20 years, and there are great survival rates. He fought very hard on my behalf.”

Even so, the insurer denied Cielewich’s first appeal. But the insurer approved the coverage after an additional appeal. “You can’t give up,” says Cielewich. Since he finished the treatments in January 2016, there has been no sign of cancer.

Scope out your benefits

If your doctor tells you that you have cancer, find out right away whether you’re covered for the additional tests and treatments you need. “Cancer treatment is expensive, and there is no shame in discussing your concerns about the cost and figuring out ways to lower it,” says Shelley Fuld Nasso, CEO of the National Coalition for Cancer Survivorship. Now more insurers, hospitals and oncology practices are helping patients navigate the insurance system, cover out-of-pocket expenses and find additional resources.

At the Cleveland Clinic, for example, a financial counselor gets involved at the very beginning. “Right away, we do a huddle,” says Kimberly Bell, administrator for cancer services at the Cleveland Clinic. “We help patients get insurance authorization and understand their out-of-pocket costs and co-pays.”

Some health insurers will assign you to a case manager. Cigna, for example, has hired oncology case man­agers who are registered nurses to help cancer patients understand their coverage. United Healthcare has similar case managers, as well as a program for those with breast cancer.

Your costs will vary greatly depending on whether or not you use the doctors and hospitals in your insurer’s network. Networks have been shrinking for all types of insurance (except traditional Medicare), and a growing number of plans provide no coverage for out-of-network providers. If your plan offers coverage for out-of-network providers, you’ll likely pay much higher deductibles and co-payments.

Check the plan’s out-of-pocket maximum, which is the most you could pay in a year for your deductibles and co-payments. Health insurance sold on the state exchanges must have out-of-pocket spending limits that are no higher than $7,150 for individual coverage in 2017, or $14,300 for family coverage. But care from out-of-network providers can be subject to a higher limit—sometimes twice that much—or may not be capped at all. “Someone with a cancer diagnosis is almost guaranteed to reach their maximum out-of-pocket limit,” says Lee Newcomer, senior vice president of oncology services for United Healthcare.

Your insurer’s case manager can help you find specialists who are in-network. That specialist may belong to a local oncology practice, but for complex cases, your insurer may cover treatment by oncologists and other doctors at a major cancer center that isn’t necessarily nearby. Some of United Healthcare’s policies have a national network that includes major cancer centers, such as MD Anderson Cancer Center and Memorial Sloan Kettering Cancer Center.

More and more employer plans are covering “centers of excellence” for specialized cancer care. But that isn’t always an option. A study by the Kaiser Family Foundation found that 41% of Medicare Advantage plans that have a National Cancer Institute–designated cancer center in their area didn’t include the cancer center in their network. Some cancers can be effectively treated by a community oncologist, says Nasso. “But for rare cancers without as many treatment options, you may need to go to an academic center.” If no academic centers are in your network, she says, you may need to ask for an exception.

Cigna, for example, can make a “network adequacy exception” if you cannot find the right specialist in its network, says Dr. Ajani Nimmagadda, senior medical director at Cigna. Work with the doctor or hospital to make the case for why you need to use a particular specialist. “We need to understand the clinical information and how this out-of-network physician is able to do what the in-network physician cannot,” says Nimmagadda.

Tom Bridenstine, the managed-care ombudsman for the Virginia Bureau of Insurance, says it’s a good idea to meet with the in-network physicians the insurer recommends. You might choose to use an in-network doctor after all. Or the doctor you see could write a letter to your insurer explaining why he or she doesn’t have the expertise to treat your condition.

If the insurer refuses to cover an out-of-network provider, ask the doctor or hospital if there’s anything else they can do. “Call the financial office and say, ‘I want to stay with you. Can you work with me to negotiate a lower rate?’ ” says Kirsten Sloan, vice president for policy for the American Cancer Society’s Cancer Action Network.

If you’ve received a diagnosis close to open-enrollment season (in the fall for most plans), you may be able to switch to another plan that includes the specialist in its network. With Medicare Advantage plans, you have from October 15 to December 7 to switch to another plan for the next year, and you can switch into a plan with a five-star quality rating anytime (go to www.medicare.gov/find-a-plan to see if one is available in your area). You could also switch to traditional Medicare to get coverage for the doctor, but you might not be able to get a medigap plan covering co-payments and deductibles because of your health.

Get your treatment approved

Insurers generally follow National Comprehensive Cancer Network (NCCN) standards for treatment, which are cancer-care guidelines created by an alliance of 27 major cancer centers (see “NCCN Guidelines for Patients” at www.nccn.org/patients). If a treatment isn’t included on that list, the insurer may deem it experimental and deny coverage. For example, coverage of proton beam therapy for some types of cancer still varies by insurer, and Scott Cielewich’s insurer considered using the therapy to treat prostate cancer to be experimental. Like Cielewich, you can generally appeal the denial to the insurer, followed by an external appeal with an outside oncologist. Ask your plan for details.

The most common reason insurers don’t approve a treatment plan is because “we don’t have all of the information,” says Cigna’s Nimmagadda. Your oncologist or hospital can help provide documentation for the appeal. “We send in the journals and articles,” says Bell, of the Cleveland Clinic. “We’re working directly with the payers and talking to them about different authorization processes or rationales for denial.”

You can also hire a medical claims specialist to help gather evidence and file an appeal. Most charge $75 to $95 per hour (to find one, visit www.claims.org).

Ask your oncologist or case manager about clinical trials. The American Cancer Society’s National Cancer Information Center (800-227-2345) can tell you about clinical trials and other local and national assistance programs, such as the ACS Hope Lodge, which provides housing while in treatment, and Road to Recovery, which has volunteers who drive patients to radiation and chemotherapy appointments.

Get your drugs covered

Many plans place cancer drugs in the highest pricing tier—often charging patients 30% or more of the cost. “Even generic cancer drugs are being put in the highest pricing tier,” says Sloan. If you’re covered by Medicare Part D, after you’ve exceeded the dollar threshold known as the doughnut hole, you have to pay only 5% of the drug’s cost. But for many expensive medications, including some cancer drugs, that could still amount to thousands of dollars a year because Part D has no out-of-pocket spending limit.

If your doctor prescribes chemotherapy or other medications with high costs under your plan, ask about less-expensive alternatives. “Some health plans cover oral chemotherapy differently from infused chemotherapy, and physicians may not realize that what they’re prescribing will be much more expensive,” says Nasso, of the National Coalition for Cancer Survivorship. The doctor can often help reduce the cost without affecting treatment, she says.

Most insurers now require doctors to complete prior authorization forms to show why you need an expensive drug, or you may be required to first try lower-cost medications (called step therapy). And an insurer may deny coverage because the Food and Drug Administration has not approved the use of a drug for a specific diag­nosis. “In oncology, a lot of drugs are prescribed off-label—they’re approved by the FDA for one type of cancer and used in others. Often the insurers will pay for that, but not always,” says Nasso.

Coverage can also be an issue for some chemotherapy drugs that are FDA-approved for a certain type of cancer but not for the patient’s diagnosis, says Casey Schwarz, senior counsel for the Medicare Rights Center. Chemotherapy drugs can be covered if their use is supported in certain peer-reviewed medical journals, she says. “With support from the prescribing doctor, people can appeal these types of denials.” The Medicare Rights Center’s national hotline (800-333-4114) can help answer appeal questions.

See whether the drug manufacturer offers discount or co-pay assistance programs. If you’re on Medicare, you aren’t eligible, but you may be able to get help from private foundations or other programs (see www.needymeds.org, or ask the financial counselor at your oncology office).

You can use tax-free money in a flexible spending account or health savings account for deductibles, co-payments, out-of-pocket prescription-drug costs and other eligible expenses, such as the cost of travel to receive care, post-mastectomy bras and wigs for chemotherapy patients (with a doctor’s letter of medical necessity).

If they’re not paid from an FSA or HSA, these costs can count as tax-deductible medical expenses. If you itemize deductions, you can deduct medical expenses that exceed 10% of your adjusted gross income (see IRS Publication 502 ).