Skip to headerSkip to main contentSkip to footer
credit cards

How to File Complaints About Your Bank or Credit-Card Company

The new consumer protection agency will start helping soon, but here's where you can turn to for help now.

Where do you turn if you have a complaint about your bank or credit-card issuer and it's not willing to resolve the problem?

Starting July 21, consumers will be able to submit complaints about deceptive or abusive financial products to the new Consumer Financial Protection Bureau. The bureau will set up a toll-free number and a Web site to receive complaints. The CFPB will have the power to make sure financial firms respond to customers and impose fines on companies that break consumer-protection laws, says Bill Hardekopf, CEO of LowCards.com and author of The Credit Card Guidebook.

Until then, Hardekopf suggests that consumers reach out to these groups if credit-card (or other financial) companies won't act to resolve complaints.

Better Business Bureau (BBB). File a complaint with the BBB in the city where the company is located. The BBB will send your complaint to the company within two business days, and the company will have 14 days to respond -- or it will be contacted by the BBB again. According to the BBB, more than 70% of complaints are resolved.

State Attorney General's Office. Although it can't force a company to respond to your complaint, your state attorney general's office can refer you to government agencies that can help address the problem. If other consumers complain about the company, the attorney general may seek legal action on behalf of the state.

Federal Trade Commission's Division of Credit Practices. This agency won't solve individual problems, but it enters complaints into a database used by civil and criminal law enforcement agencies. Complaints can lead to investigations and legal action.

For tips on lodging your complaint, see my column The Right Way to Get a Complaint Resolved, as well as Learn What to Include in Your Complaint from the Office of the Comptroller of the Currency.

After an infuriating wake-up call with her own credit card company, one financial services consultant wants consumers to know something: It’s smart to…
10 Worst Things to Keep in Your Wallet 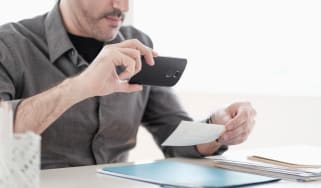 But banks are not required to lift the limits or stop charging fees for excessive transactions.