Watch out: These things can increase the chances that the IRS will give your tax return a closer look.

You may be wondering about your odds of an IRS audit. Most people can breathe easy. The vast majority of individual returns escape the IRS audit machine. In 2019, the Internal Revenue Service audited only 0.4% of all individual tax returns, and 80% of these exams were conducted by mail, meaning most taxpayers never met with an IRS agent in person. So the odds are generally pretty low that your return will be picked for review.

That said, your chances of being audited or otherwise hearing from the IRS escalate depending on various factors. Math errors may draw IRS inquiry, but they'll rarely lead to a full-blown exam. Check out these 10 red flags that could increase the chances that the IRS will give the return of a retired taxpayer special, and probably unwelcome, attention.

Making a Lot of Money

Although the overall individual audit rate is only about one in 250 returns, the odds increase as your income goes up, as it might if you sell a valuable piece of property or get a big payout from a retirement plan.

IRS statistics for 2019 show that people with incomes between $200,000 and $1 million who do not file a Schedule C had an audit rate of 0.4%. The rate is 1% for Schedule C filers. Report $1 million or more of income? There's a one-in-41 chance your return will be audited.

We're not saying you should try to make less money — everyone wants to be a millionaire. Just understand that the more income shown on your return, the more likely it is that you'll be hearing from the IRS.

Failing to Report All Taxable Income

The IRS gets copies of all the 1099s and W-2s you receive. This includes the 1099-R (reporting payouts from retirement plans, such as pensions, 401(k)s and IRAs) and 1099-SSA (reporting Social Security benefits). The IRS's computers are pretty good at matching the numbers on the forms with the income shown on your return. A mismatch sends up a red flag and causes the IRS computers to spit out a bill.

So, be sure to report all income, whether or not your receive a form such as a 1099. For example, if you got paid for tutoring, giving piano lessons, driving for Uber or Lyft, dog walking or selling crafts through Etsy, the money you receive is taxable. 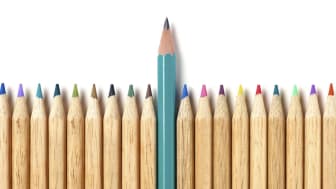 If deductions on your return are disproportionately large compared with your income, the IRS may pull your return for review. A large medical expense could send up a red flag, for example. But if you have the proper documentation for your deduction, don't be afraid to claim it. There's no reason to ever pay the IRS more tax than you actually owe.

We all know that charitable contributions are a great write-off and help you feel all warm and fuzzy inside. However, if your charitable deductions are disproportionately large compared with your income, it raises a red flag.

That's because the IRS knows what the average charitable donation is for folks at your income level. Also, if you don't get an appraisal for donations of valuable property, or if you fail to file Form 8283 for noncash donations over $500, you become an even bigger audit target. And if you've donated a conservation or façade easement to a charity, chances are good that you'll hear from the IRS.

Be sure to keep all your supporting documents, including receipts for cash and property contributions made during the year.

The IRS wants to be sure that owners of IRAs and participants in 401(k)s and other workplace retirement plans are properly taking and reporting required minimum distributions. The agency knows that some folks age 72 and older aren't taking their annual RMDs, and it's looking at this closely (prior to 2019, RMDs were required for people age 70½ and older). Those who fail to take the proper amount can be hit with a penalty equal to 50% of the shortfall. Also on the IRS's radar are early retirees and others who take payouts before reaching age 59½ and who don't qualify for an exception to the 10% penalty on these early distributions.

Individuals age 72 and older must take RMDs from their retirement accounts by the end of each year. However, there's a grace period for the year in which you turn 72: You can delay the payout until April 1 of the following year. A special rule applies to those still employed at age 72 or older: You can delay taking RMDs from your current employer's 401(k) until after you retire (this rule doesn't apply to IRAs). The amount you have to take each year is based on the balance in each of your accounts as of December 31 of a prior year and the life-expectancy factor found in IRS Publication 590-B. (Note that RMDs are not required for 2020.)

Claiming a large rental loss can command the IRS's attention. Normally, the passive loss rules prevent the deduction of rental real estate losses. But there are two important exceptions. If you actively participate in the renting of your property, you can deduct up to $25,000 of loss against your other income. This $25,000 allowance phases out at higher income levels. A second exception applies to real estate professionals who spend more than 50% of their working hours and more than 750 hours each year materially participating in real estate as developers, brokers, landlords or the like. They can write off rental losses.

The IRS actively scrutinizes large rental real estate losses. If you're managing properties in your retirement, you may qualify under the second exception. Or, if you sell a rental property that produced suspended passive losses, the sale opens the door for you to deduct the losses. Just be ready to explain things if a big rental loss prompts questions from the IRS.

Schedule C is a treasure trove of tax deductions for self-employed people. But it's also a gold mine for IRS agents, who know from experience that self-employed people sometimes claim excessive deductions and don't report all their income. The IRS looks at both higher-grossing sole proprietorships and smaller ones. Sole proprietors reporting at least $100,000 of gross receipts on Schedule C, cash-intensive businesses (hair salons, restaurants and the like), and business owners who report a substantial loss have a higher audit risk.

Writing Off a Loss for a Hobby

Your chances of "winning" the audit lottery increase if you file a Schedule C with large losses from an activity that might be a hobby, such as dog breeding, jewelry making, or coin and stamp collecting. Your audit risk grows if you have multiple years of hobby losses and you have lots of income from other sources. IRS agents are specially trained to sniff out those who improperly deduct hobby losses. So be careful if your retirement pursuits include trying to convert a hobby into a moneymaking venture.

To be eligible to deduct a loss, you must be running the activity in a business-like manner and have a reasonable expectation of making a profit. If your activity generates profit three out of every five years (or two out of seven years for horse breeding), the law presumes that you're in business to make a profit, unless the IRS establishes otherwise. If you're audited, the IRS is going to make you prove you have a legitimate business and not a hobby. Be sure to keep supporting documents for all expenses.

Whether you're playing the slots or betting on the horses, one sure thing you can count on is that Uncle Sam wants his cut. Recreational gamblers must report winnings as other income on the 1040 form. Professional gamblers show their winnings on Schedule C. Failure to report gambling winnings can draw IRS attention, especially because the casino or other venue likely reported the amounts on Form W-2G.

Claiming large gambling losses can also be risky. You can deduct these only to the extent that you report gambling winnings. Writing off gambling losses but not reporting gambling income is sure to invite scrutiny. Also, taxpayers who report large losses from their gambling-related activity on Schedule C get an extra look from IRS examiners, who want to make sure that these folks really are gaming for a living.

You may be traveling more in retirement, but be careful about sending your money abroad. The IRS is intensely interested in people with money stashed outside the U.S., and U.S. authorities have had lots of success getting foreign banks to disclose account information.

Failure to report a foreign bank account can lead to severe penalties. Make sure that if you have any such accounts, you properly report them. This means electronically filing FinCEN Form 114 (FBAR) by April 15 to report foreign accounts that total more than $10,000 at any time during the previous year. And those with a lot more financial assets abroad may also have to attach IRS Form 8938 to their timely filed income tax returns.