What Are the Odds the IRS Will Audit Your Tax Return?

Everybody knows President Trump says his tax returns are being audited. What are the chances you’ll go down that same road? 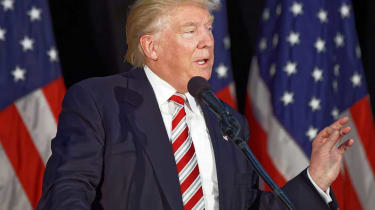 President Trump’s tax returns are back in the news. His steadfast decision not to release the returns to the public raises the hackles of those who’d like to know just how the “massive tax cut” he has proposed would affect him personally.

The President argues that he can’t release the forms because they are being audited by the IRS. But if being audited blocked the release of a tax return, we never would have seen Barack Obama’s or George W. Bush’s or Bill Clinton’s or any other recent president’s. Even Richard Nixon released his returns while they were under audit.

Our calculator, based on official IRS data on returns audited in 2016, will give you a good idea of the odds that your personal return will be selected for review—either by mail or in person. And, remember, even if it is, there's a decent chance you'll walk away unscathed or be one of the lucky ones whose audit results in a refund.

With few exceptions, of course, the IRS doesn't randomly choose which returns to audit, although random reviews are used to help the IRS calibrate the computers that identify the juiciest targets.

Over the next few months, the IRS will be plugging data from more than 145 million 2016 tax returns into a computer that scrutinizes the numbers every which way and ponders how the picture you paint of your financial life jibes with what it knows about other taxpayers. The computer tries to spot returns that are most likely to produce extra tax if put through the audit wringer. The computer's choices are reviewed by a human being who can overrule them if, for example, an attachment to your return satisfactorily explains the entry that set the computer all atwitter. Short of such a veto, your name will go on the list.

Even if your return survives the computer's scrutiny, you're not necessarily safe. You may have listed an investment in a tax shelter the IRS is particularly interested in, for example, or the agency might decide to take a closer look at your return because it smells of the latest scam du jour identified by the IRS. (See Red Flags That Could Raise Your Audit Risk.)

And there's always the chance that someone has fingered you as a tax cheat. The IRS encourages such tips and even pays a bounty for leads that pay off in extra tax.

If you “win” the audit lottery, see What to Do if Your Tax Return is Audited, which includes links to manuals that IRS agents use to know what to look for when auditing various kinds of businesses. 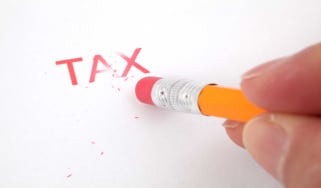