Skip to headerSkip to main contentSkip to footer
Advertisement
Sponsored

Craig Birk, Executive Vice President, Portfolio ManagementFor the better part of a decade, both stocks and bonds have enjoyed the most favorable conditions in modern memory. 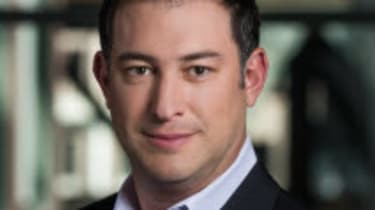 For the better part of a decade, both stocks and bonds have enjoyed the most favorable conditions in modern memory. With steady economic growth, slow inflation and low interest rates, both asset classes have posted positive gains for years.

While that’s been a boon for investors’ portfolios, it begs the question: Is the end near?

It’s most likely we’re in the later stages of the bull market, and that tends to make people nervous. But when we look at the market, we don’t see a smoking gun that means the party must end soon.

The trailing price-to-earnings ratio of the Standard & Poor’s 500 is above historical averages but significantly below the peak reached in the dot.com days. And recently passed tax reform offers additional good news for shareholders, as significant cuts for corporations will increase profitability.

Asset allocation is more important than ever

Still, all this good news doesn’t necessarily mean that today’s market is a bargain. The days of double-digit stock returns are most likely behind us, and this is not the time to become greedy or complacent. Chasing performance now has tangible risks because the probability of a market drop is much higher today than it was last year.

And taking a hands-off approach also has its risks. Given the run-up in stocks recently, investors may inadvertently be overweight in equities and could be exposed to greater volatility than they may realize.

Against this backdrop, I urge investors to pay renewed attention to asset allocation.

Though valuations in the U.S. look a bit rich, by comparison international markets look more attractive. After hitting a rough patch in 2016, for example, the European economy seems to finally be getting the wind in its sails. As we now know, a handful of recent elections with populist underpinnings aren’t likely to lead to the demise of the eurozone.

Technology has been the best-performing sector for several years now, driven largely by a handful of mega companies (read Facebook, Apple, Amazon, Microsoft, Google and Netflix). Do they deserve valuations approaching $1 trillion? Only time will tell, of course.

Technology should remain an important sector for most portfolios, but I see some headwinds ahead. These firms are starting to branch out from their core products. Some examples of this are Google entering the self-driving car market and Microsoft hoping to transform health care. So far, they’ve executed in these new areas masterfully. But there’s risk to their public image if they get it wrong and consumers might start to resent how big a role these companies are playing in our economy.

Put your faith in diversification

We believe the solution for all these uncertainties is diversification. We’ve been in a long period of growth stock outperformance and it’s time to balance the scales again. Look to sectors such as materials, utilities and consumer staples to even out a growth-heavy portfolio.

This content was provided by Personal Capital. Kiplinger is not affiliated with and does not endorse the company or products mentioned above.